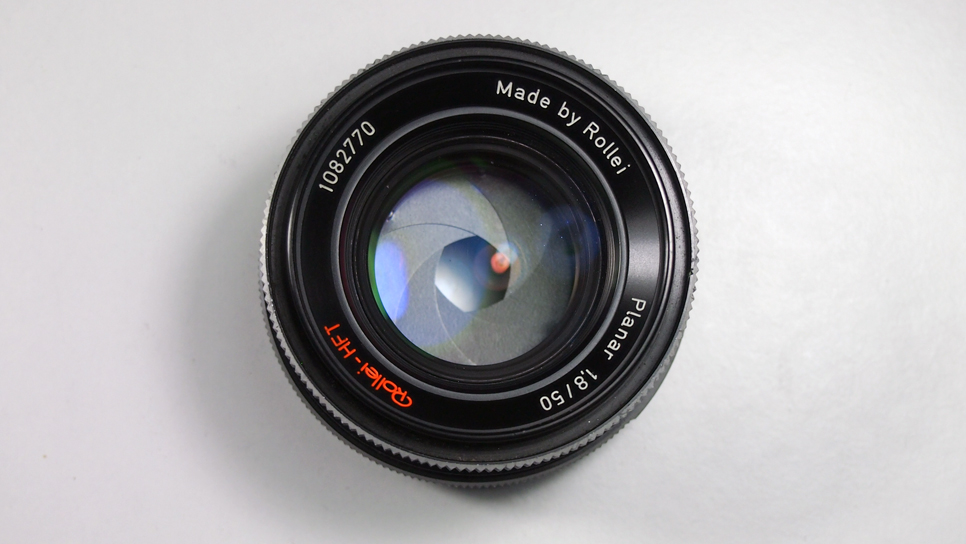 The Planar is a very nice prime lens. It is a very good 50mm prime all-rounder lens which comes in handy for portraiture as well as landscape photography.  Much cheaper than most other well manufactured 50mm lenses, the Rollei offers similar optical results and build quality at a much cheaper price than standard Carl Zeiss lenses. In fact, if the lens was branded Carl Zeiss and not Rollei I am sure that it would be much more expensive. From a value for money point of view this lens is great.

The sharpness, even wide open is remarkable. Most lenses get soft at a certain point but the Planar performs steadily. The colours are cracking and the contrast is very good. I really enjoyed using this lens and was never disappointed by the results it produced.

The build quality is very good. Especially the earlier all metal construction really shows its Zeiss heritage. The later models did show signs of “let’s replace quality by plastic in order to save money” and it does show.

The main disadvantage of the Rollei Planar is the QBM lens mount. It was only used on a few cameras and adapters can be really hard to find (although a wider range of QBM adapters was made available recently). I did find a copy of the Rollei Planar with a M42 mount but I believe this is exceptional. It actually might be a one of manufactured by a handy M42 amateur (in which case I would like to say thank you to whoever is responsible for changing the mount because it did save me a lot of trouble finding an adapter).

I did have the impression that the build quality of the Planar lenses did suffer with time. Later models feel a bit sluggish, especially with the plastic focusing ring. I also noticed that a lot of the old Planar lenses do suffer from stiff focusing. Obviously this is normal for old lenses but might have to do with the lubricant that was used by the manufacturer?

Finally, if you really want to be picky, you could say that the minimum focusing distance of 45cm is not amazing (compared to the Carl Zeiss Pancolar 50mm 1.8) and that the bokeh is maybe not the strong point of the lens. Then again no lens is perfect and for the modest price of the Rollei Planar you still get a super package.

The Rollei Planar 50 1.8 lens was manufactured with a QBM Bayonet mount or with an M42 mount.

The first version was branded Carl Zeiss, although these lenses were probably not manufactured by Carl Zeiss but by Voigtländer. These early types of the Planar also have an Automatic / Manual (A/M) switch to control the aperture settings.

HFT refers to the coating of the lens (all lenses, even the ones not branded HFT, are coated lenses). Lenses manufactured after 1976 have a rubber focusing ring.