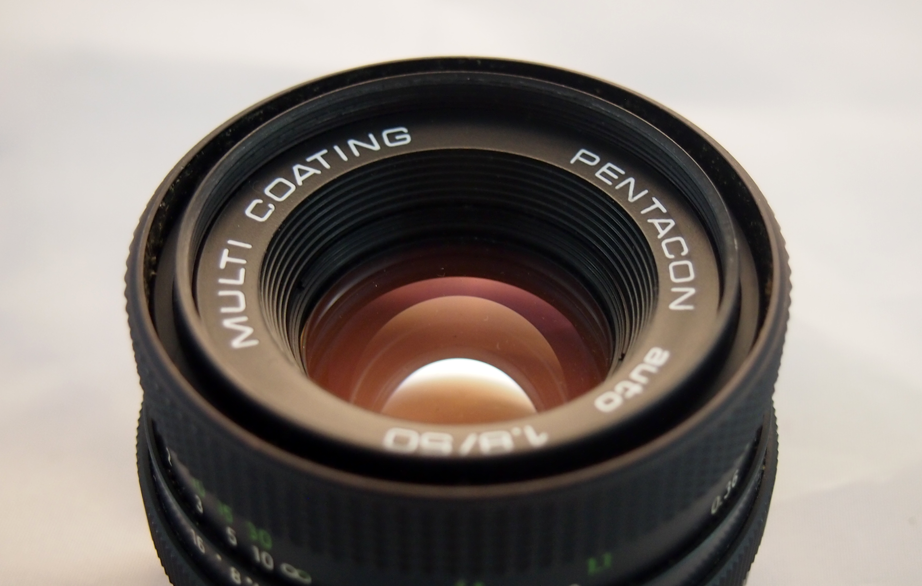 The Pentacon 50 is a fun little lens to use. It is light, compact and is easy on the wallet. For a nifty fifty in this rice range it offers a lot of value for money. It is very versatile also. You can get in close to your subject or use it for landscape photography. If you don’t want to pay too much or if you are not sure about which vintage lens to get, try out the Pentacon 50. The Pentacon 50 is a sure bet if you want to experiment a bit with manual photography.

If you want to invest a bit more you do get some better alternatives out there. On paper the Pentacon 50 sounds like it is in one league with the Carl Zeiss Pancolar. The minimum focusing distance of 33 cm is actually better than that of the Pancolar (35cm). They both have an aperture of f1.8 and are multi coated. So why should you spend 3 times more for a Pancolar you ask? The problem with the Pentacon 50 is that it is soft – even when stopped down. You will not get the sharpness that a Tessar or Pancolar can deliver. It lacks a bit of contrast. The bokeh is present but not in the most flattering way.

Nonetheless, if super sharpness and bokeh is not your main priority I would still recommend to get a Pentacon 50 – especially if you are on a tight budget. For about $30 you will be able to enjoy all the advantages of vintage lens photography: a compact fast lens, a solid all metal construction with a great feel to it, offering good image quality at a tiny price. The Pentacon is therefore also the ideal entry into the manual lens world.

The Pentacon 1.8 50mm is actually a Meyer-Optik Oreston 1.8 50mm (most East German manufacturers were merged into a single company named VEB Pentacon. With the exceptions of Carl Zeiss Jena, all fomer lens types were rebranded under the name Pentacon). The Pentacon 1.8 50m was produced both in M42 / Pentax as well as Praktica B mount. It was the standard affordable 50mm prime lens for the Praktica SLR and one of the most produced East German Prime lenses.

The first versions were produced with the M42 mounts for Pentacon and Praktica cameras.

The early version resembles highly the original Meyer-Optik Görlitz Oreston Version with its’ silver stripes on the aperture ring.

This version does not have the silver stripes on the aperture settings any more. It is not completely black neither, having retained two silver rings at the front of the lens.

Only one silver ring remains on this version of the Pentacon 50. From this version some markings start to be indicated on red and green.

The second version is the more common all black version. There are quiet a few different looking all black Pentacon 50mm lenses. Some are labelled as “auto”, some are “electric” and some are “Multi Coating” (MC). The colour of the labelling also varies from red to white and green. In my opinion there are no differences in terms of image or build quality between the lenses. Having an “electric” or “auto” does not make any difference when used on modern SLRs. The serial number is not marked on the front of the lens.

After 1978 this version of the Pentacon 1.8 50mm was also produced with the Prakticar B mount.