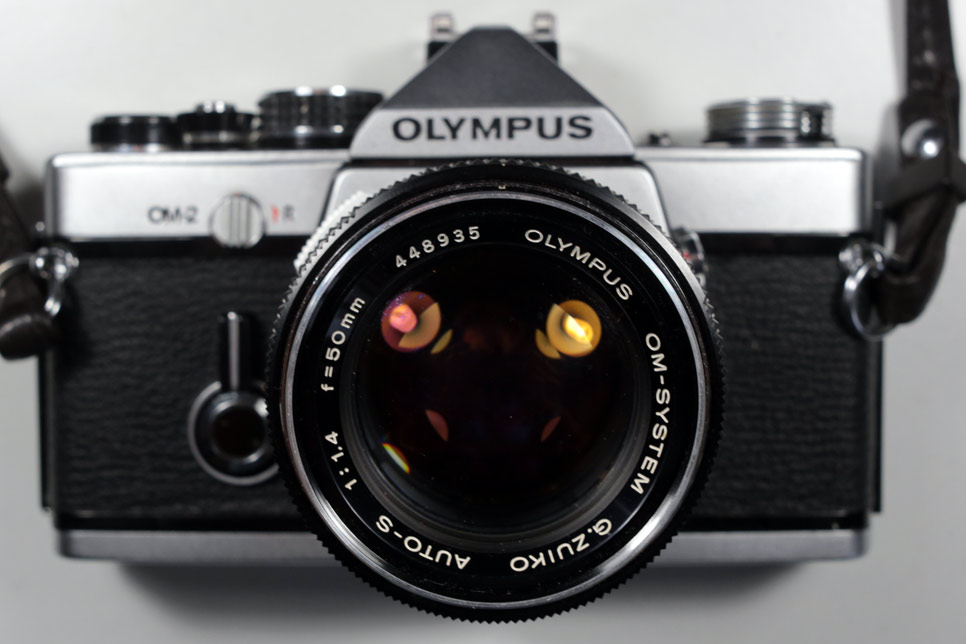 The Olympus OM 50 1.4 was manufactured in the 1970ies for the ground breaking Olympus OM SLR cameras. The olympus 50 1.4 is a highly underrated lens. It offers a very well rounded of package at a reasonable price. The sharp, versatile and well made Olympus lens ticks a lot of boxes and is a superb 50mm prime lens.

The 50mm 1.4 Olympus OM is a very compact allrounder lens. Out of all 50mm vintage prime lenses it is one of the most well balanced lenses and it is also one of the most underrated.

This lens is tiny. Hats of to the engineers for being able to build such a compact yet fast 50mm prime SLR lens. Although the Olympus 50 was build for reflex cameras it almost feels like a range-finder lens. Yet, while being small it does not feel cheap or feeble. The all metal construction and the large glass elements make it feel very solid. The lens itself is also very well made and is a joy to use. There are no cheap plastic parts and the aperture and focusing ring feel very nice – I especially like the riffled surface.

The optical performance is very good. This fast 50mm prime lens is very sharp in the center with a bit of fall off in the corners. Wide open it is a good performer but once you stop it down the lens excels and you obtain very contrasty and sharp images. Compared to other older 50mm lenses, the Olympus feels much more like a common modern lens with high contrast, good saturation and high levels of sharpness and detail.

I personally like the versatility of the lens. Be it for portraiture, landscape or even “macroish” photography, this compact lens offers amazing value for money.

Ok, first of all this is a great lens and for the price you should really consider getting one! It is fast, small and offers loads of advantages. Yet if you want to be picky and you want to criticize this little gem, I would argue that the Olympus lacks a bit of character. Don’t get me wrong, the lens is amazingly sharp but for some people this could exactly be the issue. If you prefer playing with a wild twirling bokeh or if you appreciate soft tones the Olympus might not be for you as it tends to be a bit sterile. Yet this point does not apply to everyone and I think that both mirrorless and SLR shooters will highly appreciate this beautiful, compact and well made lens.

This version has a silver filter mount. These lenses are either branded as “G.Zuiko” with “OM-System” or “M-System”. “Lens Madein Japan” is engraved close to the mount. Both types use the same lens formula. Apparently, like many other 50 prime lenses, some of the early Olympus 50 lenses can be radioactive and some might tend to obtain a yellow tint. Make sure to adjust your white balance.

The later versions do not have a silver filter ring anymore. The first all black version is marked “G.Zuiko OM-System” while the two last versions are simply branded as “Zuiko” with no reference to the OM-System. The last batch of Olympus 50 was slightly different than its predecessors. “Japan” is now marked on the front and the lens serial number is engraved near the lens mount. These lenses are a tiny bit longer.