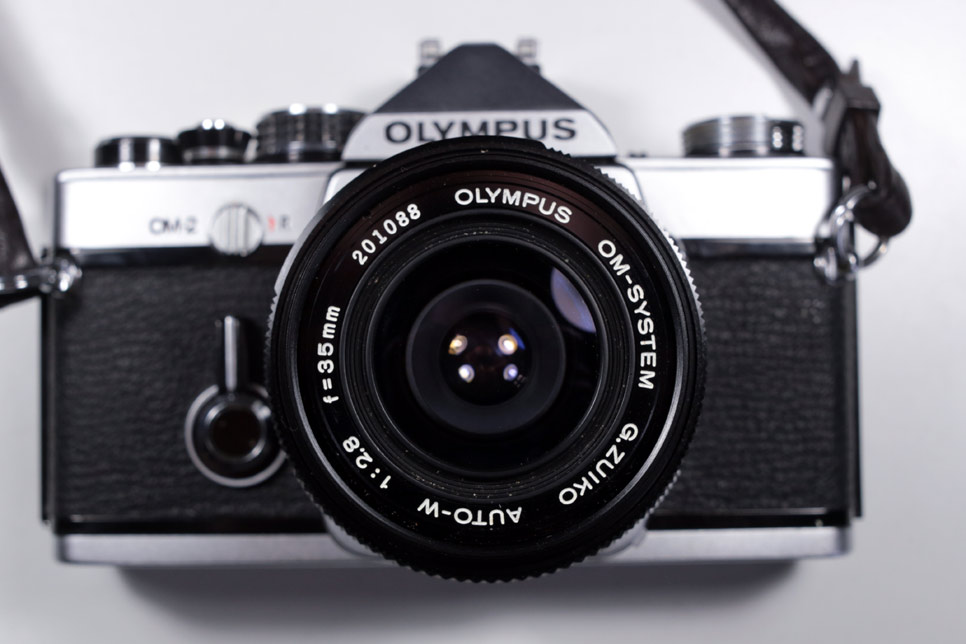 The Olympus 35 2.8 was manufactured in the 1970ies for the ground breaking Olympus OM SLR cameras. It was actually one of the prime lenses that was launched when the Olympus-OM camera system was released.  It is not the fastest 35mm prime lens for the Olympus-OM cameras, as a 35mm f2 was launched a bit later. Yet, the Olympus 35 2.8 had a long production run an is very common nowadays. This is a very compact, solid and affordable wide-angle lens that is a good all-round performer.

Olympus OM lenses are excellent value for money. The Olympus OM 35 2.8 is remarkably small and compact for a wide-angle lens. It weights only 177 grams (the first version at least) and is absolutely no burden to carry around. In fact, the Olympus OM 35 2.8 is a great travel companion and backup wide angle lens. This also makes it a great option if you are using a smaller cropped sensor camera. While it is tiny, the lens still feels very solid and is able to take a knock. The lens is very well made and does not feel cheap or plasticky. You do get a lot of quality and advantages for a very reasonable price.

In terms of image quality the Olympus OM 35 2.8 is sharp and contrast rich. Even wide open the lens will be sharp in the center. Distortion is kept to an absolute minimum. The lens is a constantly good performer at all apertures. The minimum focusing distance of 30cm lets you get really close to the subject. If you want clear images and a easy to use lens you should definitely consider the Olympus OM 35 2.8.

I have been less impressed by the 35 2.8 then by other Olympus lenses. Don’t get me wrong, in terms of value for money it is still an outstanding lens.

In my opinion the colours turn out quiet cold and the lens lacks a bit of character. The bokeh really is not out of this world and if you like creamy backdrops there are other 35mm lenses out there that will perform better in this field, including the 35mm Flektogon. The Olympus OM 35mm is also not particularly fast for a prime lens. You will probably need to crank up that ISO when shooting indoors. The lens and the images it produces do feel a bit sterile. Although settings are precise and give a nice feedback to the user (clicks at each f stop, riffled surface) it is simply not the most fun lens to use.

The lens formula was pretty much unchanged throughout the years but the branding did differ.

The first version was branded “Olympus 35 2.8 OM-System G.Zuiko Auto-W”. It is actually smaller and lighter than the following version.

The following version is simply branded Zuiko 35mm f2.8. Lenses manufactured in the 1980ies are additionally branded MC (Multi Coating), although most previous versions were also multi coated. The second version of the Zuiko 35mm 2.8 is also a bit more heavier, weighting around 240 grams. A tilt-shift version of this lens also exists.