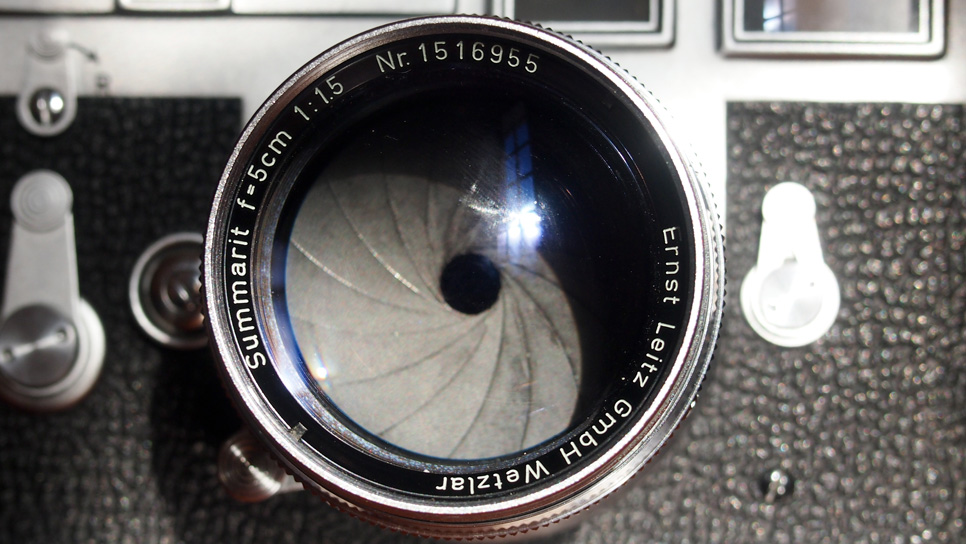 The Summarit 50mm 1.5 is one of the fastest classic Leica lenses, specially targeted towards photographers who wanted to shoot in dim light. It was introduced in 1949 as the successor of the Leica Xenon 1.5 50mm. As it’s predecessor the Xenon lens, the Summarit is based on a design by the Taylor, Taylor & Hobson company. The Summarit was discontinued in 1960 in favour of the Summilux 1.4 50.

The Summirat 50 1.5 is a beautifully made lens, as you would expect from Leitz. It is made out of metal and glass and looks stunning. The ergonomics are really nice to use, everything is where you would expect it. I really enjoyed using this classic lens, it has a nice feel to it. I especially like the fact that the lens showcases a lot of the older character of Leica screwmount lenses. The little focusing knob for instance reminds me a lot of the classic screwmount Elmar 50mm lenses. The Summarit feels like a hybrid between an older M39 mount lens and a more modern Leica M lens.

The image quality is good. It has a distinct vintage look to it. A certain softness that many people will find attractive. Sharpness and contrast might not be the strong point of the Summarit but you do get an incredibly beautifully melting bokeh. A nice aspect is that you can play with effects a lot with this lens. There is a lot of flaring going on and a seasoned photographer can use that to his advantage to purposefully create an image with a distinct look.

The Summarit was the fast 50mm alternative offered by Leica. It was made for individuals who wanted to shoot with available light, for instance indoors. In that way it can also be seen as the legitimate successor of the fast 50mm Hektor screwmount lens.  Unfortunately the Summarit, in terms of optical performance, also resembles the Hektor 5cm: it is rather soft and very prone to flaring. In those days, lens speed often came at a price: wide open images have almost like a ghostly white shadow hanging over them – there is a distinct lack of sharpness. I am not sure most people will appreciate that. It makes the lens pretty difficult to manage – you need to think about the shot you want and you need to be aware of all light sources that might distract the lens. This means the Summarit is not a point and shoot lens. It is less forgiving (than a 50mm Elmar lens for example). You will need a bit more experience in order to obtain satisfactory results. Another aspect is the distinct lack of contrast at large apertures. When you shoot in black and white, as most people back then did, this is not a problem but in colour it can be a bit disturbing. For a soft look that is fine but I think most people will end up spending more time in post production in order to correct the balance (which is unusual for a Leica lens).

I think that these are the reasons that the Summarit is not that expensive, considering that you receive a fast Leica prime lens. The lens is not a main favourite among people who shoot vintage glass and due to its rather large production numbers it is also not that collectible. For me personally I would not consider the Summarit to be among the top Leica lenses. It has too many flaws and it even feels, subjectively, like an unfinished product that is not quiet delivering what it should. Nonetheless for individuals who have a bit of experience with vintage glass and who know exactly what look they want (ie a rather soft and melting image with low contrast and some flaring) then the Summarit 50mm 1.5 might be perfect – for a Leica lens it is rather affordable and it will foster your creativity.