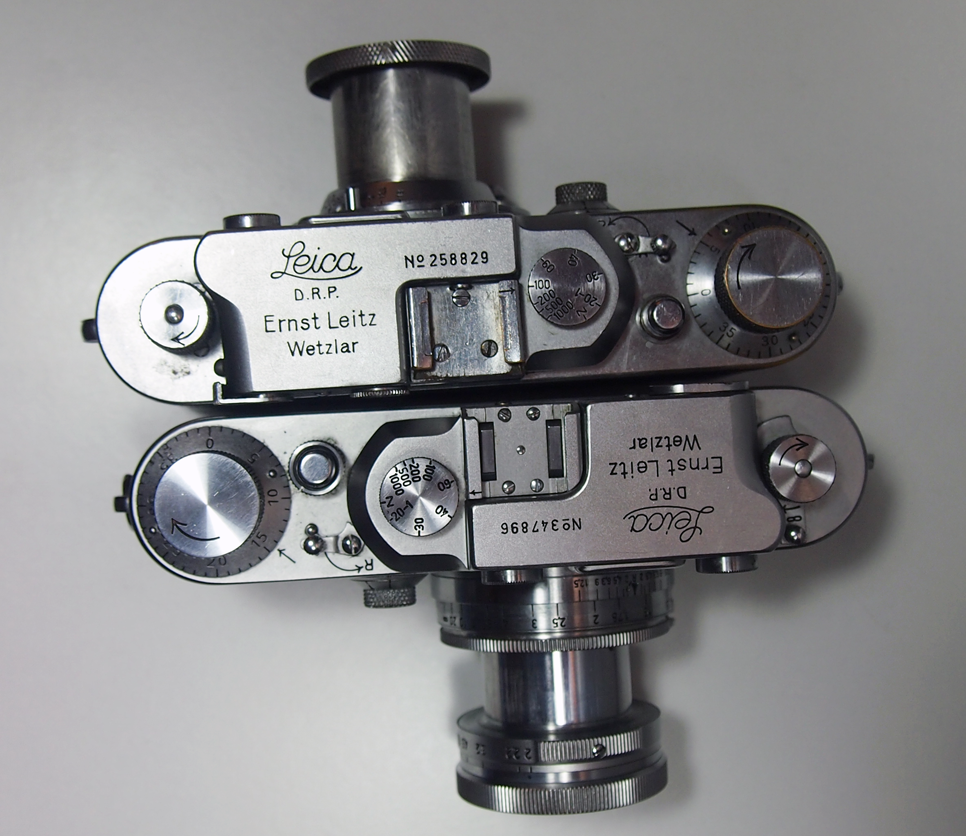 Used by many famous photographers throughouth the 20th century – the Leica screwmount is the source of many iconic images. Some argue it has been an over priced collectors item and a useless gimmick in the digital age. I personally believe that going back to the bare essentials of photography by using a screwmount Leica will make you a better photographer. This section is all about the frequently asked questions that you encounter when you first emerge yourself in the wonderful world of screwmount Leicas. I will try to constantly update this section so if you have any specific questions, feel free to contact me.

A bit of Leica History

There really is no need to elaborate too much on the Leica history – you can find all the appropriate information on other blogs and on wikipedia. Nonetheless, I would like to point out a few aspects. The Leica system was invented by Oskar Barnack, a German engineer who at the beginning of the 20th century worked for Leitz, a company specializing in microscopes and optics. The story goes that Barnack was a photography enthusiast who enjoyed taking his huge wooden camera into the fields to shoot with. Unfortunately, he had asthma and carrying all the equipment was a burdon. Being an engineer he tried to figure out a way to create a smaller camera. Instead of using the large photographic plates of wooden cameras he experimented with films used for video cameras.
Thats how the 35mm film was born. The first Leica prototypes now sell for millions.
The Leica screwmount cameras were the first mass produced compact cameras. Since the 1920ies a lot of different verions of Leica Screwmount cameras were produced, starting with the Leica I Model A.

What does Leica stand for?

So what is so special about old screwmount leicas anyway?

The beauty of this system is that it showcases the evolution of 35mm photography. Every model that was released offers a new invention and an update vis-a-vis its predecessor. This can for example be a removable lens mount system (Leica I Model C), an integrated rangefinder (Leica II Model D) or the first slow speed dial (Leica III Model F). The Leica screwmount system really showcases the evolution of photography.

Why are there so many Leica models?

Leica was at the forefront of photography since the 1920ies. They invented many things that we now take for granted, including the 35mm format. The Leica company has a tradition of creating new, unique and special edition cameras. When new technology was invented they immediately came out with a new model. Therefore you now have a whole range of different cameras which in a way only marginaly differ. Nonetheless, that tiny difference (for example slow speed dial, integrated rangefinder, fast shutter speed etc) was often a huge step forward at the time.

The serial number of my Leica does not match the type of camera indicated on the production list. How is that possible?

There is a production list of all M39 screwmount Leicas available here. The Leica serial number engraved on the top plate of the camera indicates the initial production type.

Leica offered the service to update the camera of its’ customers once a new model came out. Many Leica owners chose to update their camera as it was less expensive than bying a new model. Most screw mount Leicas that have been updated or serviced by Leica have a “O” engraved at 12 o’clock on the camera mount. Therefore you often have Leicas that have been updated and where the serial does not match to the Leica model. A collector will prefer a Leica camera in original condition as these are much harder to find.

The first Leica screwmount cameras that had removable lenses were hand made. In order to obtain the best possible performance, the lens had to be specifically made for a certain camera body. Therefore, really old Leicas have non-standardized mounts (the lens the camera was provided with, will only work with this specific camera). This especially true for the first Leica with a removable lens, the Leica I Model C. It is only later, with the introduction of the Leica II Model D that Leicas had a standardized mount enabling really interchangeable lenses. Don’t worry, 99% of Leica screwmount lenses are interchangeable. Non-Standardized lenses are much rarer and therefore more valued by collectors.

Can I use old M39 Srewmount lenses on modern digital cameras?

Using an adapter, you can use M39 screw mount lenses on modern digital cameras. Not every camera mount is suitable.

Besides Leica / Leitz, are there other lens manufacturers offering M39 screw mount lenses?

Yes, there is a whole range of other vintage m39 screw mount manufacturers available. The most notable are Carl Zeiss, Canon, Voigtländer, Old Delfft, Angenieux, Canon, Steinheil München, Meyer-Görlitz and Jupiter, to name just a few.

How much is my old Leica worth?

Now thats a tricky question. A screwmount Leica can cost anywhere between $200 to $1 000 000 (and more if you have an early prototype). Obviously it all depends on the model you have. Other aspects to consider are:

As a rule of thumb you can say: the rarer the camera, the more it will be worth.
top


I want to buy a screwmount Leica, which one would you recommend?

If you are interested in buying a Leica to shoot with I would recommend you don’t worry too much about the type of Leica you get. Make sure the shutter and viewfinder are in good nick, don’t worry too much about the rest. You will probably be shooting at around 125th of a second anyway – and all Leicas can do that. My first Leica was a battered, poor old Leica IIf with no leathering. It was stored in a box in a basement for ages and was in pretty poor condition. It came with a 50mm Elmar lens which was completely jammed. I had it CLAd in Seoul, South Korea and it now is a great shooter that I have been using ever since. The IIf is also one of the least expensive models and is a nice entry level shooter in my opinion.