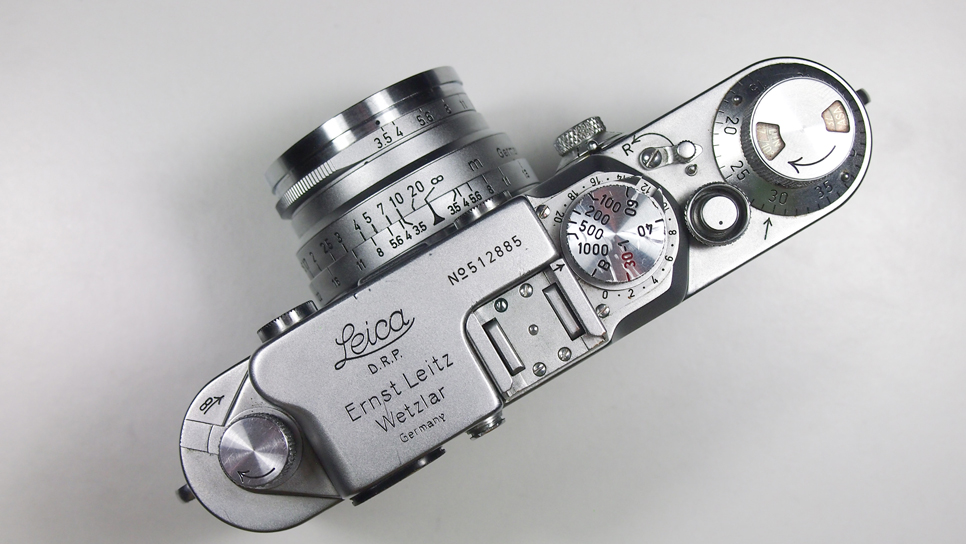 The Leic IIIC was introduced in 1939 and was largelly affected by the turmoils of the Second World War. 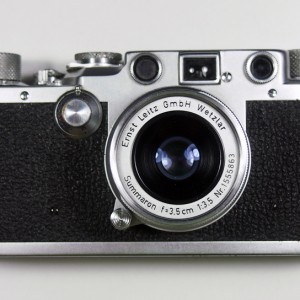 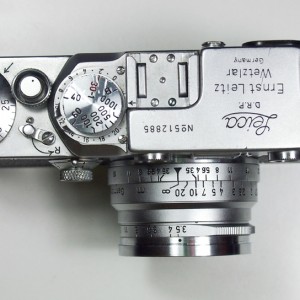 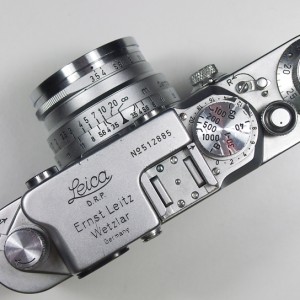 The Leica IIIC was introduced with black shutter blings in 1939. Due to shortages during the war, red Kodak shutter blings were introduced in late 1939. Red curtain shutters were used for cameras ranging from #362 401 and #379 226.

The K in Leica IIIcK stands for the German word ‘Kugellanger’, meaning ball bearing. Instead of the standard shutter, the Leica IIIcK was equipped with a ball bearing shutter enabling to shoot at low temperatures. These cameras were introduced in 1942 and are marked with a capital K after the serial number and on the second shutter blind.

Both Leica IIIC and Leica cK cameras were manufactured for the german military. These cameras are normally gray and have special engravings such as ‘Heer’ (army), ‘Marine’ (navy), or ‘Luftwaffen Eigentum’ (Air Force). These cameras belong to the most collectible Leica cameras.

Leica IIIC cameras, especially war time models, are very saught after as they are pretty rare. A good way to be on the safe side is to double check the serial number. A lot of russian copies exist often with a gold finish and unusual decoration – make sure to pay attention before buying one of these cameras.