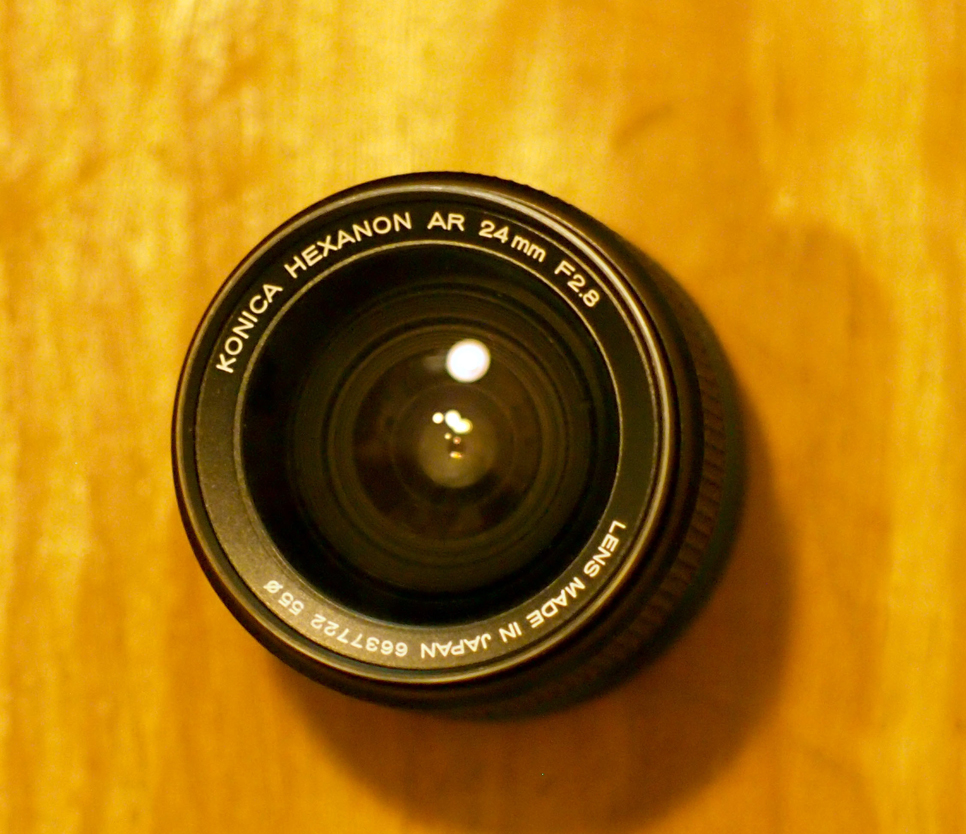 The Konica Hexanon AR 24 mm F2.8 was recommended to me by a good friend who used to be a professional photographer. He absolutely swears by this wide angle lens, saying that it is one of the best lenses in its’ price range and ideal on any cropped sensor camera. It is true that on paper this lens does look promising. It has a wide angle of view, ideal for micro 4/3 and other cropped sensor cameras. It has an incredible short minimal focusing distance of only 25cm. The Konica Hexanon AR 24 mm F2.8 is also not that expensive and priced well below the comparable Carl Zeiss Flektogon alternatives. What better way to find out what its really worth than by taking it for a walk through the park I grew by.

First things first: I have not been disappointed.

The Konica Hexanon AR 24 mm F2.8 really offers a great package! It is one of those lenses you can do a bit of everything with. Interested in landscape photography? No problem the wide angle of view will deliver even on a cropped sensor. Low light photography? At F2.8 it might not be the fastest lens but it is still reasonable for a wide angle lens. Fancy doing some macro shots? Get in there, the minimum focusing distance of only 25 cm is really amazing. Any Portraiture pictures required? Open up that aperture and you receive a decent bokeh with nice sharpness. The lens is very sharp when stopped down, the colors are beautiful and the contrast is good.

There really is not too much I can complain about, especially in this price range. I did have the impression that the Konica Hexanon AR 24 mm F2.8 is struggling with bright sources of light like reflections, but most lenses will. The bokeh is not out of this world but still decent enough. There is a bit of vignetting but nothing to worry about. All in all a great lens that offers a bit of everything – I am sure you will not be disappointed if you get a Konica Hexanon AR 24 mm F2.8.