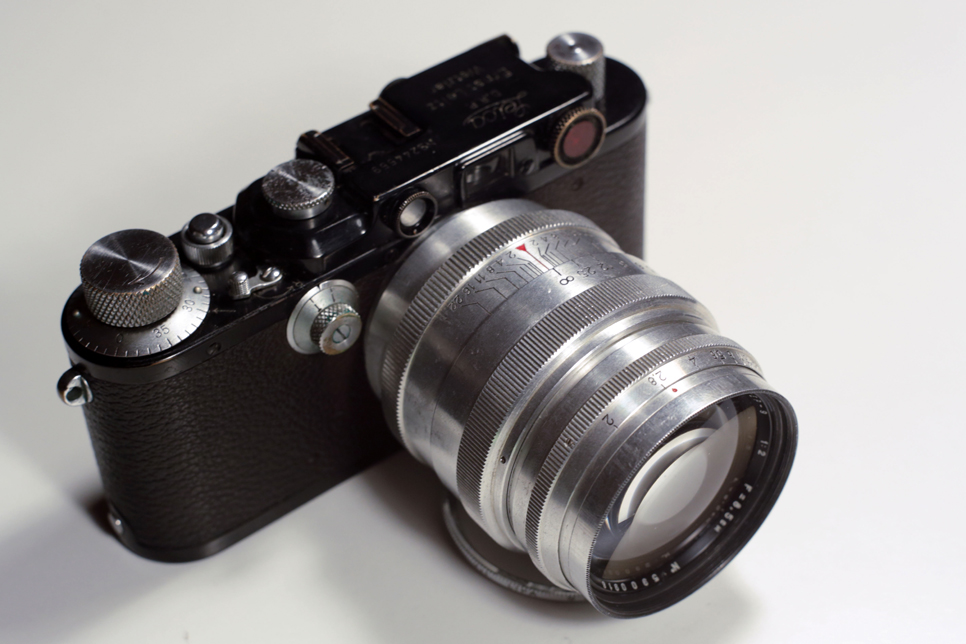 The Jupiter-9 1:2 8,5cm is a Russian prime lens that is a replica of the Carl Zeiss Sonnar 1:2 85cm. Manufactured in different common lens mounts it is still highly appreciated by portraiture photographers nowadays. The Jupiter-9 f2 85mm is available at the fraction of the price of the original Carl Zeiss Sonnar it is based on. The Jupiter 9 offers good build quality, a very soft focus and an excellent bokeh and out of focus rendition.

I obtained my copy of the Jupiter-9 1:2 8,5cm for Leica M39 mount in a place where you would not normally expect lenses: on a flee-market in Rom, Italy. I had some time to kill so I went for a stroll and I stumbled upon this beauty! 30 Euros for this beautiful prime lens – that really made my day.

The lens is really well manufactured, the Zeiss design makes itself very noticeable when you use it. I have a pretty early version of the lens and the metal constructions with its neat markings and silver finish feels a lot like a vintage Zeiss lens. The ergonomics are well balanced and the lens is fun to use. Although it is made out of metal and not that compact it is not too heavy. A nice example of vintage lens manufacturing quality.

The image output has a lot of character but its characteristics might not be for everyone. The lens is a typical “Weichzeichner” – a soft focus portraiture lens. For its’ age, at f2 it is decently fast. The focusing is a bit challenging  due to the shallow depth of field. If you want a bokeh with a vintage look, soft focusing and a creamy distinctive image the Jupiter-9 is for you.

The Jupiter-9 requires a bit of work. It is not the easiest lens to use. The focusing is long and the aperture settings are click less, hence you do not receive a lot of feedback from the lens. This will require you to careful plan your shots, especially since the Jupiter-9 is very sensible to different lighting conditions. The lens is as close as you’ll get to the real vintage experience, even on a digital camera. If you are willing to put a bit of time and effort into your shots the results will be very rewarding.

The Jupiter-9 is also a great lens for video:

The main advantage of the Jupiter-9, the image softness, is also its’ main disadvantage. If the lens is not stopped down, correct focusing is a challenge, even for digital cameras with a AF-confirm adapter. Another drawback is the clear lack of contrast. Images turn out rather milky and soft – which can be counterbalanced during post-processing. In my opinion the Jupiter-9 is a better lens when shot with a film camera then on digital. Analogue film copes better with the softness and lack of contrast of the lens. Next to being soft, the lens can also be surprisingly sharp when stopped down. You really need to know what look you are after and set the aperture accordingly. The lens is not that forgiving and will not help you finding the correct settings – this is not a point and shoot lens.

The lens itself really starts to show its age. A Minimum focusing distance of 150cm (180cm for the first version) is not up-to-date. Most comparable 80mm lenses have a much shorter minimum focusing distance. The coating is also outdated and the lens is prone to lens flares – I recommend getting a lens shade.

Later models have a black finish.