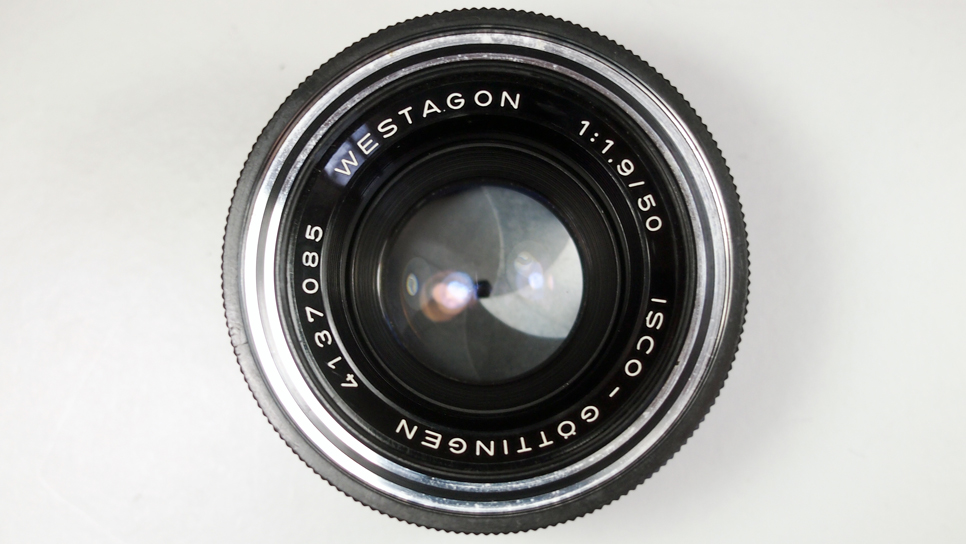 The ISCO-Göttingen Westagon 1.9 50 lens was manufactured by ISCO Göttingen in West Germany. The 1.9 version is the follow up to the older Westagon 2 50mm. ISCO Göttingen was founded in the early 1930ies. During the second World War it used to manufacture aerial lenses for the German Army before expanding its’ production to end-user products such as lenses for cameras and projection lenses. ISCO Göttingen now belongs to Schneider Kreuznach. The 1.9 50 Westagon lens is not that comon and it is quiet rare to come accross it. Unlike most of its’ contemporaries, it is made out of plastic and not metal. It offers a good bookeh for a very reasonable price.

The ISCO-Göttingen Westagon 1.9 50mm lens is a nice 50mm prime lens. Although it does not excel in any category it is a good allrounder. The lens is sharp, even when shot wide open. I was especially impressed by the cracking colours. The bookeh is not amazing but still pleasant to the eye.

The first thing you realize using the ISCO-Göttingen Westagon 1.9 50 lens is that it is made out of plastic. It does not feel as solid as a Zeiss lens and in my opinion the ergonomics are a bit weird. The focusing ring is tiny and placed all the way at the end of the lens. Due to the poor ergonomics, the aperture preset, which is placed in the middle of the lens is not really an advantage as you tend to confuse it with the focusing ring (obviously this aspect one could get used to, for me it was a bit weird).

From a performance point of view the ISCO-Göttingen Westagon 1.9 50 is not bad but at f1.9 it is that fast compared to most of its’ competitors in the 50mm prime segment. Additionally the minimum focusing distance of 50cm is a bit of a let down.

The Westagon 1.9 50mm lens is available both with the EXA / Exakta mount as well as with the M42 / Pentax mount. The ISCO-Göttingen Westagon 1.9 50 is made out of plastic and has an all black finish. All lenses are coated.