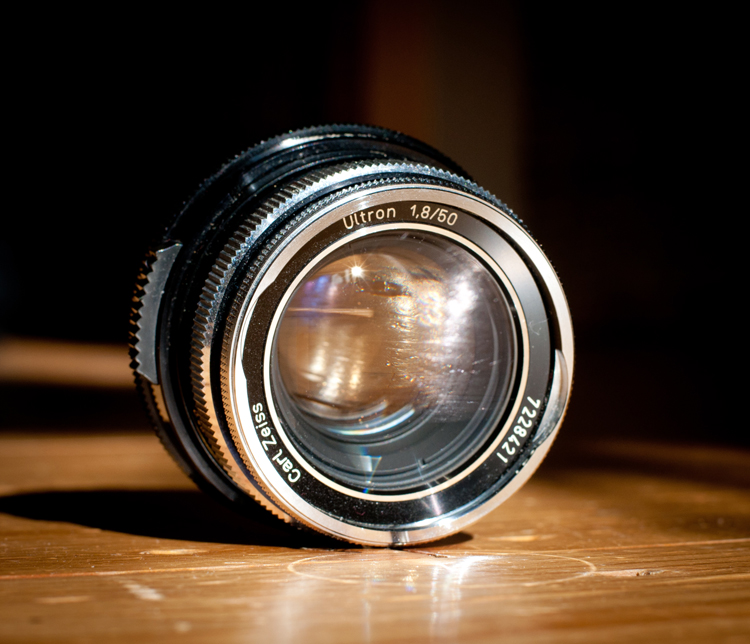 The Carl Zeiss Ultron 50mm f1.8 is the only lens with a concave front element. It is one of the most sought after classic Zeiss lenses. For a mint Ultron with a M42 mount you will probably have to pay more than 400$.

The Carl Zeiss Ultron – a special lens with a special bokeh

The Carl Zeiss Ultron is famous for three things:

The beauty about this lens is that you can always shoot it wide open at f1.8. While some lenses will be soft when shot wide open, the Ultron still delivers outstanding sharp and detail rich images and vivid colours. Combine that with the unique creamy bokeh and you have the perfect portrait lens.

It performs much better than all other 50mm prime lenses and always delivers outstanding image sharpness combined with an outstanding bokeh. I therefore think this is one of the best 50mm prime lenses that you can get. With a minimum focusing distance of 45cm, the Ultron is also a good macro performer, which can also be useful for portraiture.

Unfortunately it is rare and expensive, especially in M42 mount. Therefore I would recommend you to also have a look at the Carl Zeiss Pancolar lens. Its’ performance is similar but at a fraction of the price.

The standard Ultron lens uses a Bayonet Mount (BM). The lenses with a BM were manufactured for the Carl Zeiss Icarex camera (often regarded as the last German made SLR). These lenses tend to be cheaper.

Only later models have a M42 mount (Carl Zeiss West Germany was at first reluctant to use the “East German” M42 mount but with the success of the Praktica and Pentax cameras they did not have a choice). M42 mount lenses were sold with the Carl Zeiss Icarex TM (Thread Mount) and SL706 cameras. Ultron lenses with a M42 mount are more expensive.