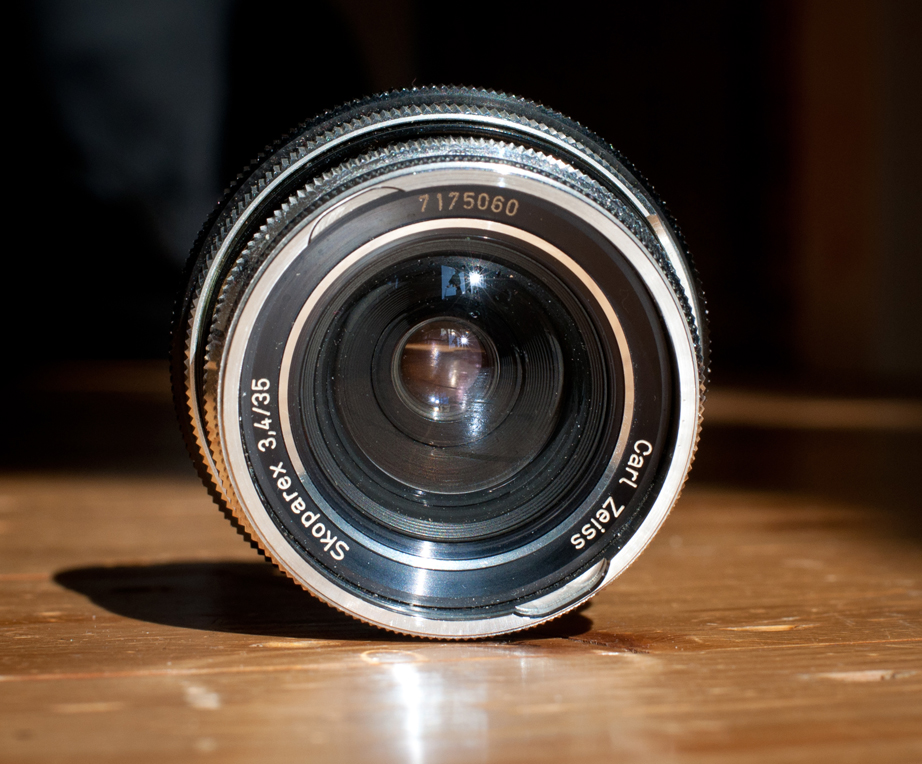 The build quality of this lens is outstanding as you would expect from an all metal Zeiss lens. The all metal construction really feels solid and makes the lens quiet heavy for its’ very compact size.

The image quality of this lens is outstanding. The results are always super sharp, even when shot wide open. This lens always offers cracking, bright colours.

Unlike the Carl Zeiss Flektogon 35mm f2.4 lens manufactured in east Germany, the Skoparex lens has “only” a minimum aperture of f3.4. If you are primarily interested in available light photography and the bokeh I would recommend you try to get the Carl Zeiss Flektogon 35mm f2.4 lens. Another difference compared to the Flektogon lens, is that the aperture is set completely smoothly without any clicks. Although the Skoparex is smaller than the Flektogon, it is also heavier. If you prefer to save a bit of cash you might also want to have a look at the 28mm Takumar lens.

Only later models have a M42 mount (Carl Zeiss West Germany was at first reluctant to use the “East German” M42 mount but with the success of the Praktica and Pentax cameras they did not have a choice). M42 mount lenses were sold with the Carl Zeiss Icarex TM (Thread Mount) and SL706 cameras. Lenses with a M42 mount are more expensive.