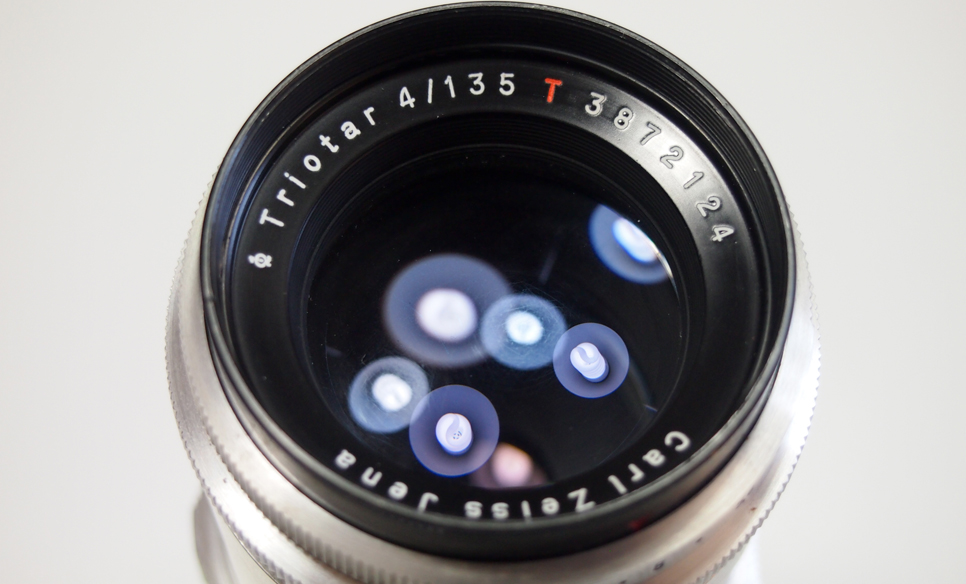 The Triotar has the typical early Zeiss all metal finish. Lenses marked with a red T are coated and tend to be more expensive. Different versions of the Carl Zeiss Triotar were made and each one has its own characteristics. Both have a large hollow space inside the lens and are therefore prone to dust.

The early version is slimmer and weighs 275 grams. This version is incredibly compact for a 135mm lens. In fact it is an ideal tele backup lens during your travels. It has the older style rounded engravings and is marked as 13,5 cm. Aperture settings are click-less.

This version is much more common. The lens barrel is much wider. Overall it is larger than the previous version and feels a bit bulky. The increase in size results into a more solidly built lens. This version has preset aperture settings.

The Triotar is one of the most affordable M42 telephoto lenses that you can find. Although it is a bit soft when shot wide open at f4, it is a good performer when stopped down a bit. When you set everything correctly you do get very good results. I was especially impressed by the colors that you will not obtain with any other lens in that price range.

They say that “there are no bad 135mm lenses” and the Triotar is no exception!

The first thing that will strike you when using the second version of the Carl Zeiss Triotar is its’ size. It is nearly twice as long as the Carl Zeiss Sonnar 135mm. This makes it very cumbersome to use.

The usability is my main concern of the Triotar. Focusing is extremely slow which is not ideal for fast shooting. You will have to twist the focusing ring a very long way from close focus to infinity. That can get a bit tiresome at times.

The image quality is actually not bad at all. There is some softness and falloff in the corners but the center image is pretty sharp. This is even the case for the older “Slim” version. Flaring is more of an issue. There is also a bit of chromatic aberration. For the price range it is still a nice lens.