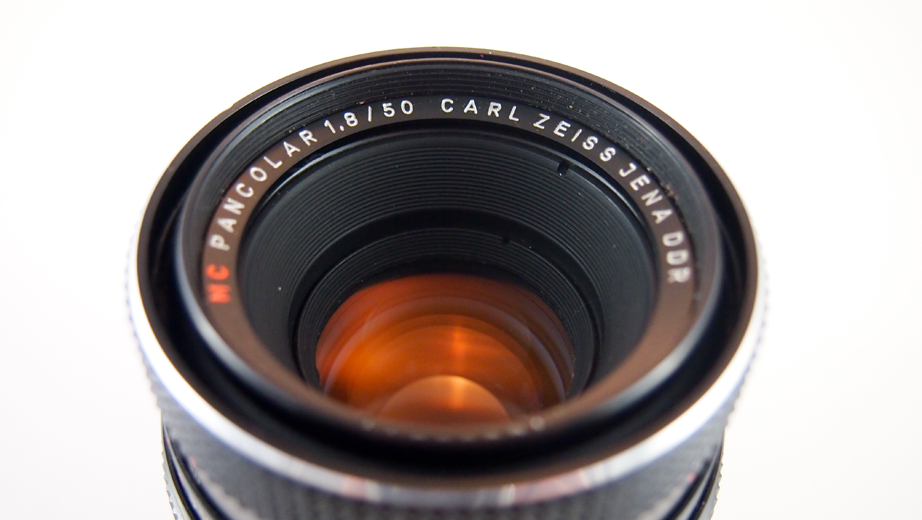 Everybody should have a nice 50mm prime lens as it is probably one of the lenses you will use the most. In my opinion a good 50mm lens should be versatile: it should have a nice bokeh, it should be a good performer when it comes to available light photography (i.e. maximum aperture below f2), it should be sharp when stopped down and it should be compact and light. There are a lot of 50mm prime lenses on the market, both old and new, which you could choose from. When it comes to “bang for the buck” you cannot really go wrong with the Carl Zeiss Pancolar 50mm f1.8 lens. For a Pancolar in mint condition you will have to pay around 90 Euro, which makes this lens a bargain. The build quality of this lens is outstanding as you would expect from an all metal Zeiss lens.

The image quality of this lens is very good. While shot wide open the center of the image is very sharp, while the rest of the image creates a very nice bokeh (almost as good as the bokeh of the Carl Zeiss Ultron). Once you stop it down you can achieve super sharp images comparable to modern 50mm prime lenses. The maximum aperture of 1.8 also gives it the upper hand on its’ main East German manufactured competitor: the 50mm Carl Zeiss Tessar lens. This allows you to produce stunning available light pictures.

Ergonomically I prefer this light lens over the much heavier (and much more expensive) Carl Zeiss Ultron. The aperture settings are much easier to operate than the “snap free style” of the Ultron.

If the Pancolar is too expensive for you, you might want to look into the Carl Zeiss Tessar 2.8 50mm.

The 1.8 50m Pancolar was produced both in M42 / Pentax and Exa / Exakta mount as well as Praktica B mount. M42 lenses tend to be more expensive. Both coated and uncoated lenses exist. The older “Zebra” lens does not have any multi coating and instead are single coated lenses. The later black versions are multi coated lenses and are marked “MC” for multi coating (in white or red).

The first version has the distinctive “Zebra” look and is easy to recognize by its distinctive black and silver stripes. It has 6 elements in 4 groups. The lens is very ergonomically set out and is a joy to shot with.

One thing you need to now about Zebra lenses is that some are radioactive (I kid you not!). Zeiss engineers experimented with using different elements to enhance the sharpness of the lens. Pancolar lenses up to serial number 8552600 (from 1964 up to 1967) were produced with Thorium, which is a naturally occurring radioactive element. Although they “only” emit alpha particles thorium lenses were not accepted by the public and removed from the market and the production of Thorium lenses has since ceased.

Thorium was supposed to improve the image quality of the lens – and in my opinion it also works, Zebra lenses produce stunning super sharp images which will blow you away with their radiant colours (pardon the pun). On the downside Thorium causes the lens elements to get a yellowish tint. Therefore when you shoot with a Zebra lens make sure to always adjust the white balance.

Later versions have an all black finish. “Electric” versions have three electric yellowish connectors at the back. Versions that were meant for export are simply branded “aus Jena” instead of “Carl Zeiss Jena“. The markings can have different colours such as black, green or red.

Black lenses are superbly crafted and offer great ergonomics. The image quality both wide open or stopped down is remarkable and a bit sharper than the previous version. Without the Zebra stripes it might look dull at first until you see the distinctively colourful coating of the lens. This coating makes a remarkable difference of image quality. You can use the Pancolar under most situations and images will turn out sharp and colourful. Overall the black version is easier to shoot with.

After 1978 the Pancolar was also produced with the Prakticar B mount – then branded as Carl Zeiss Jena Prakticar 1.8/50.