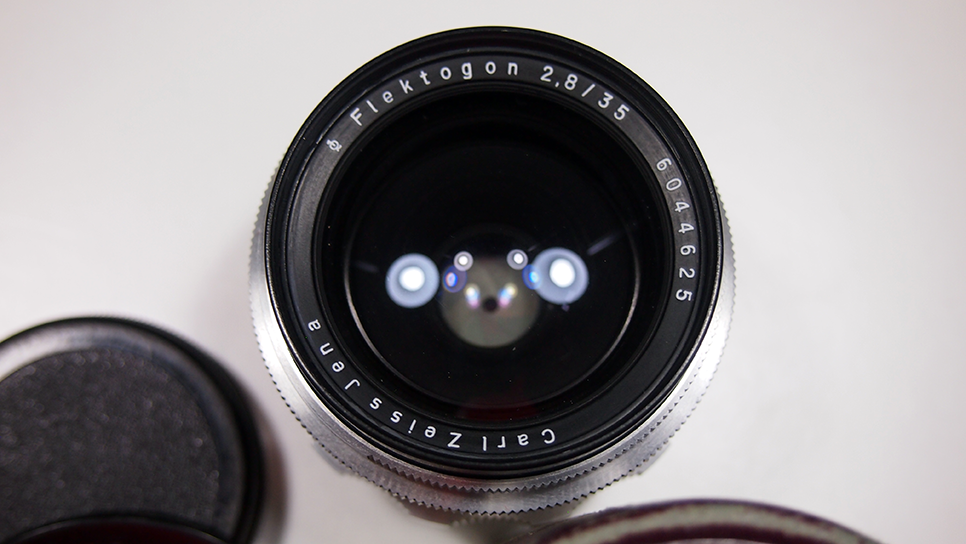 The Carl Zeiss Jena Flektogon 35 2.8 was the primary prime 35mm lens from the East German Carl Zeiss Jena company during the fifties, sixties and early seventies. It was produced for a quarter of a century before a new, improved 35mm 2.4 Flektogon was released. The 35mm 2.8 Flektogon is nowadays one of the most affordable 35mm “Zeiss” branded lenses you can buy. It is mostly available in M42/Pentax mount and Exa/Exakta mount. At the beginning of the production run, the lens was also manufactured in Praktina mount but in smaller quantities. 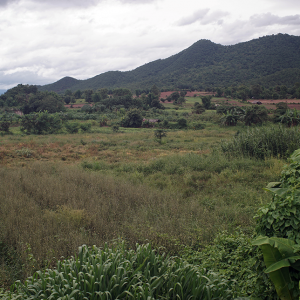 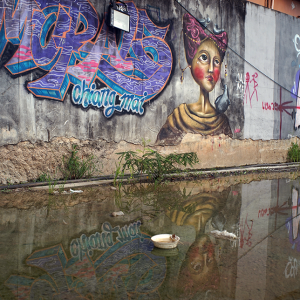 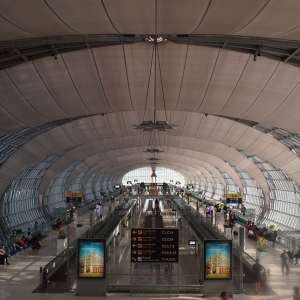 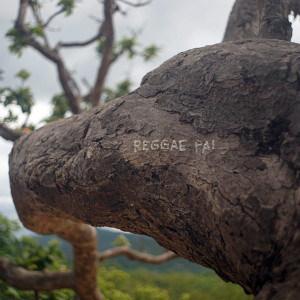 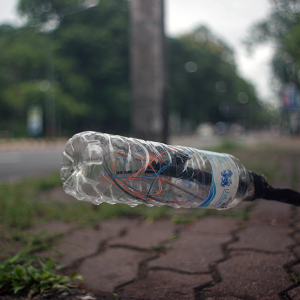 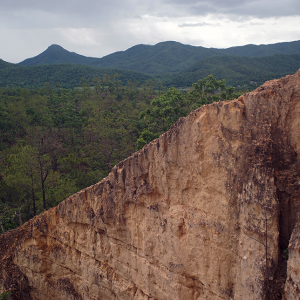 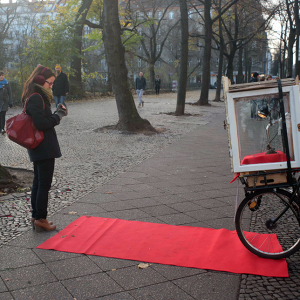 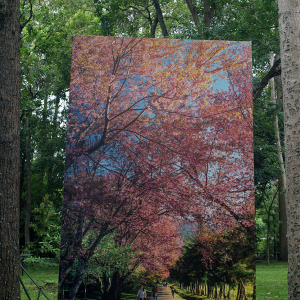 The Flektogon 35 2.8 is a beautifully made lens, as you would expect from Carl Zeiss Jena. Both the early silver version and the follow up versions are well balanced. Focusing is buttery smooth and aperture settings are easily set. The lenses feel very solid – but also somewhat heavy. Overall the ergonomics are nice and the lens is easy to use.As any Flektogon lens, the minimum focusing distance of the 2.8 version is pretty impressive. The early version has a minimum focusing distance of only “36 cm”, but this was improved to 18cm with the follow up versions. This allows you to get pretty close to your subject.

Image sharpness is pretty remarkable for such an old wide angle lens, at least in the center of the image.

The lens manages to capture a lot of details, which is not a given for an old wide angle lens.

There is some falloff and vignetting in the corners. This gives the lens an interesting look, almost film like look. This can be pretty handy for landscape shots for example. If you enjoy landscape photography and want to have some natural vignetting the Flektogon 2.8 will be a lot of fun. On a beautiful, sunny day you will be able to take pretty shots with a lot of character. If you like slight vignetting and softer corners for a distinct vintage look, this lens is for you.

Since the lens is pretty prone to flaring and all sorts of effects, it is also pretty nice when you do longtime exposures at nighttime to capture light-trails. If you like your lenses to have a slight artistic imperfection, the Flektogon 35mm 2.8 is a good option as it is very versatile and never gets boring.

The Flektogon 35 2.8 comes from a time when black and white photography ruled the world. And for this purpose the 35 2.8 is superb. The somewhat contrast-less images turn out really nicely in black and white.

Don’t get me wrong, the Flektogon 2.8 is a great little lens but is has some drawbacks. There are reasons that the 2.8 was discontinued in favor of the faster Flektogon 2.4.

First of all the Flektogon 2.8 can have issues with flaring and chromatic aberrations. The coating used on the 2.8 are inferior to the 2.4, and it shows clearly in a lot of situations. Hard light sources and anything shinny are not the friends of the Flektogon 35 2.8. I would recommend using a lens shade as the front element is pretty exposed.

The lack of contrast can be a bit tedious sometimes. Images turn out rather flat. If you are more into colour photography I would recommend looking into spending a bit more on the newer Flektogon 2.4 35mm.

Low light situations can also be tricky. When you shoot inside or at dusk and the light is not perfect, then the Flektogon 35 2.8 really struggles. Which is surprising when you consider that at f2.8 it is not a slow lens. But wide open the lens does not feel at ease. In these situations I would for example rather use a “slower” f3.5 35mm Takumar. Without the right light conditions the Flektogon 35 2.8 images lack clarity. This is where the age of this version of the Flektogon shows.

Overall the Flektogon 35 2.8 is a good and interesting lens but it has a few flaws. I would not recommend this lens to a beginner but rather for a more seasoned vintage glass shooter who wants to diversify the looks in his lens arsenal. It is not the easiest lens to shoot with and results do vary a lot.

The first version of the Flektogon 35mm 2.8 had a all silver finish. This first version was introduced in 1953 and produced until 1960. Early versions have an aperture scale going from f2.8 to f16 while later versions have f2.8 to f22. The all silver version was manufactured in M42, Praktina (1954-1959) and Exa/Exakta mount. This version as pre-set aperture settings. Aperture setting is click-less.

Following the all silver version, the Flektogon 35 2.8 received an update in 1963. The Flektogon now had the leather black focusing ring. Gone was the all silver finish. This new updated version now also had an improved minimum focusing distance of 18mm, enabling you to get even closer to your subject. Instead of 9 aperture blades, all subsequent Flektogon lens types now had 6 aperture blades. The aperture now closed all the way to f 22.

If you have pictures, please do get in touch.

The Zebra version is possibly the most common version. It was manufactured for a decade from 1965 until 1975. Aperture settings are with clicks.

The final all black version is pretty rare as it was only produced for a year from 1975 until the 2.8 Flektogon was discontinued in 1976.

If you have pictures, please do get in touch.