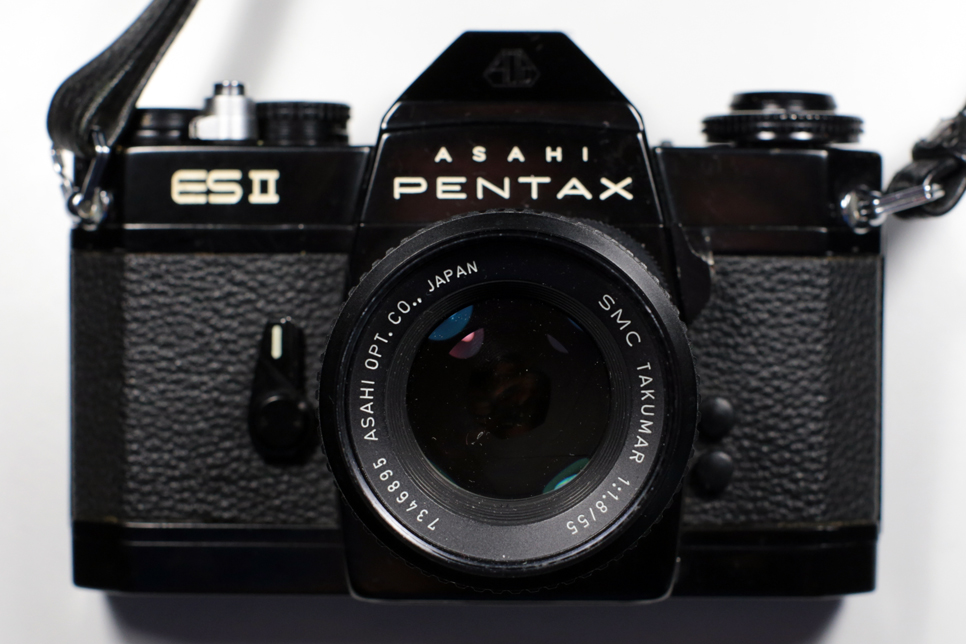 The Asahi Pentax Takumar 55mm 1.8 was one of the standard lenses manufactured for the Pentax Spotmatic and later for the Pentax-K cameras. The Takumar 55 1.8 was introduced in 1965 for the Spotmatic (M42 mount) and in 1975 (Pentax-K) and was produced in large numbers thereafter. The 55 1.8 is one of the most affordable lenses from Takumar and offers great value for money. The rather unusual focal length of 55mm is ideal for portraiture photography, even on cropped sensor cameras as it will act as a 82,5mm f1.8 lens.

The Takumar 55mm is a good standard lens in many ways. It is a very versatile lens that you can use for landscapes, portraiture, street and even product shoots.

The pentax 55 1.8 gives you a lot of contrast and good sharpness. Add the unusual focal length of 55mm to the mix and you get a good portraiture lens. This is really the main advantage of this affordable lens: nice close up portraiture shots. When you nail the focusing you obtain incredibly sharp images. When shot wide open the bokeh is good.

The ergonomics are very good and the lens feels solid. I love the colours, contrast and sharpness on this lens, they really are unmatched in this price range.

It is hard to criticize a lens in this price range. The Takumar 55 delivers so much and I love using it. If you want to be picky you could argue that the lens could be a bit faster (then again you have a Pentax 50 1.4). Also, for some people the images you obtain from the Takumar might be too neutral and lacking character. Due to having “only” 6 aperture blades, when stopped down the bokeh is a bit underwhelming as it is not round but rather hexagonal. No twirling eye candy here. If that’s the look you are after a better alternative would be the Pentax 50mm 1.4, a Carl Zeiss Biotar 58 or a Helios 58.

Nonetheless, for the price you are paying you obtain an excellent deal!

Different versions of the Pentax 55 1.8 exist. Although they do not differ in regards to the lens formular they do differ in terms of mount, size, weight, ergonomics, minimum focusing distance and filter mount size.