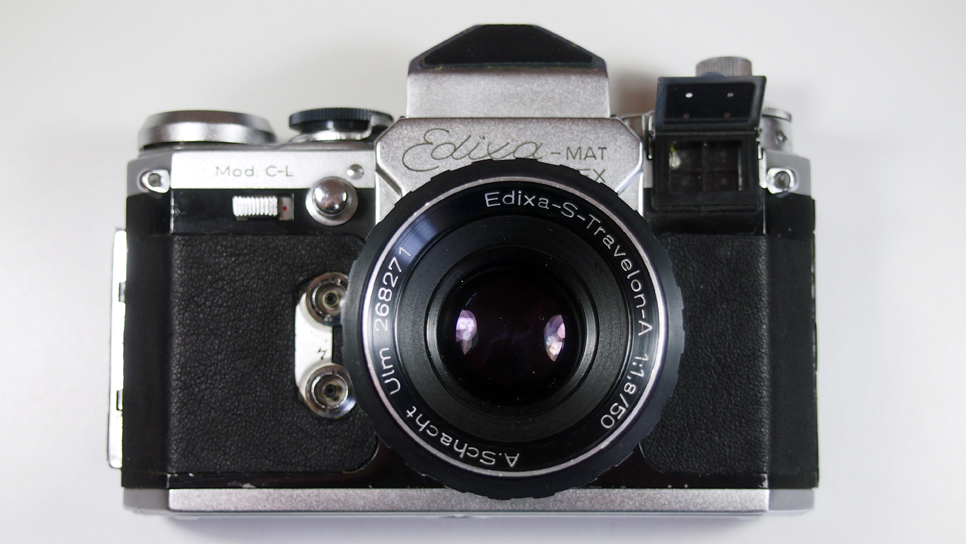 Albert Schacht, who previously worked for Steinheil and Carl Zeiss, founded the Schacht company in 1948 in Munich before relocating to the town of Ulm in southern Germany. Schacht manufactured lenses ranging from 35mm to 200mm with different lens mounts. The company was discontinued in the early 1970ies and therefore the Travelon lens is not that common nowadays and it is quiet rare to come across it. It offers a good bokeh and a distinctive vintage look for a very reasonable price.

The A.Schacht Ulm Travelon 50mm 1.8 is a nice 50mm prime lens that is considering somewhat of an insiders’ tip. The Travelon is still available at a really reasonable price, although the price has been going up lately.

The Travelon offers good ergonomics, a great bokeh and good ergonomics. The lens is solidly build and is a joy to use. I personally like lenses that have the Zebra look – it looks great on any modern camera. One thing I especially liked about the Travelon lens was the distinctive vintage look that you obtain using it. The pictures look almost as if they were taken with an analogue camera. If that is the look you are after don’t think twice about getting this 50mm prime gem.

Although not overpriced the Travelon lens is not available that often. You will have to search a bit to find a lens in good condition. When I used the Travelon focusing to infinity would not work on my Canon EOS DSLR. The back of the lens would hit the mirror. Instead I used the lens on a MFT camera using an adapter. The odd thing here (not sure if it is only the case with the lens I had) is that focusing to infinity worked only when I shot at about 10 meters and not on the infinity sign indicated on the lens. That was the first time this happened to me with any lens I used.

From a performance point of view the lens was good with only a few major drawbacks I could make out.

First of all, I expected a tiny bit more sharpness when shooting with the aperture wide open. Not that the bokeh is not nice but it was really hard to make out any details.

Secondly, the lens is flare prone. I recommend to use a lens hood!

Finally the minimum focusing distance is not that amazing when you compare it to other 50mm prime lenses.

The Travelon 50mm 1.8 lens is available both with the EXA / Exakta mount as well as with the M42 / Pentax mount. The Travelon lens was also branded “Edixa S-Travelon-A” and “Praktica S-Travelon” (depending on which camera it was sold with). The lens has the typical Zebra black and white stripes. The Travelon has a manual / automatic aperture switch. Most lenses are coated.