The Leica IIIF was the first Leica with a built in flash-synchronisation. 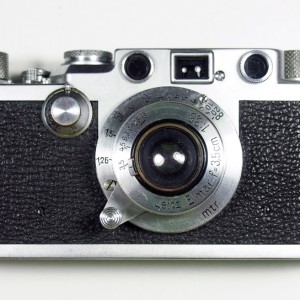 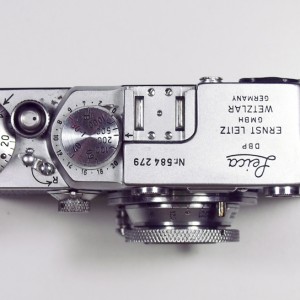 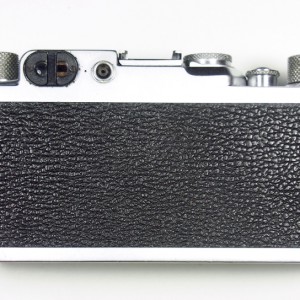 flash-synch next to the viewfinder

The Leica IIIF was also maufactured in the new Leitz factory in Midland Ontario. About 5000 cameras were assembled in Canada in 1953 with some having a ‘Midland Ontario’ branding. These cameras are very rare and collectible.

100 Leica IIIF were manufactured for arctic expeditions of the Swedish Army in 1956. These winterized cameras have a black enamel finish and are extremely collectible and expensive. The engravings are filled with white paint. Serial numbers range between 822 901 and 823 000.

The Leica IIIF offers all you need from a srewmount Leica. As one of the last models maufactured it does offer most technical advancements that the Leica Screwmount system had to offer at the time.